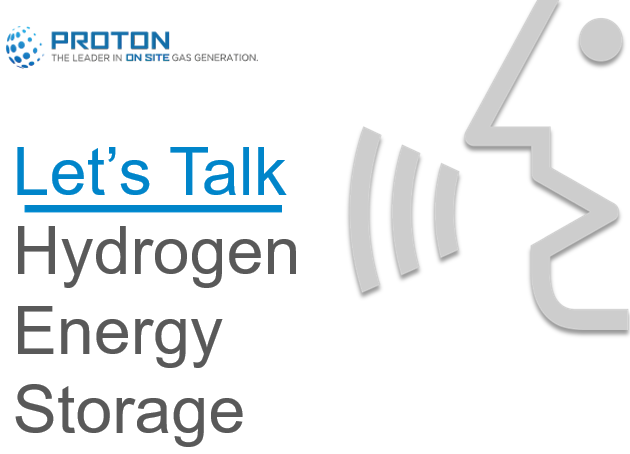 Energy Observer, a fully functional hydrogen powered ship, is the first energy self-sufficient boat with zero emissions to attempt a trip around the globe. The intent of the Energy Observer project is to garner media attention and show a proof of concept for renewable based propulsion and energy storage activity. The former racing vessel will journey for 6 years and visit 50 countries.

Proton OnSite’s core technology, Proton Exchange Membrane (PEM) electrolysis, was selected to support this project because of its compact design and flexible hydrogen production capability. These electrolysers are dynamic and are able to operate on a wide range of energy inputs, and are able to supply gas on demand.

How Does the Energy Storage System Work?

Electricity is supplied to the electrolyser via solar panels, wind turbines and hydrogenerators aboard the Energy Observer. Sea water is purified by a reverse osmosis desalination system to produce fresh water to feed the electrolyser. Further, a cell stack breaks down the water molecules into two parts, hydrogen and oxygen.

Proton’s PEM Electrolyser system can produce up to 71.7 Standard Liters Per Minute of 99.9995% pure hydrogen. The system produces hydrogen at a pressure of 30 barg.  The gas is then compressed to 350 barg before it is stored in Energy Observer’s high pressure tanks. The stored hydrogen is used to power the Energy Observer through 22 KW fuel cells that propel the ships electric motors.

Proton is proud to have contributed to this innovative project. The Energy Observer has shown self-sufficient transportation is possible, and is proof that the future is bright for new and evolving methods of hydrogen energy storage.

If you would like to learn more about the Energy Observer project visit http://www.energy-observer.org/en/