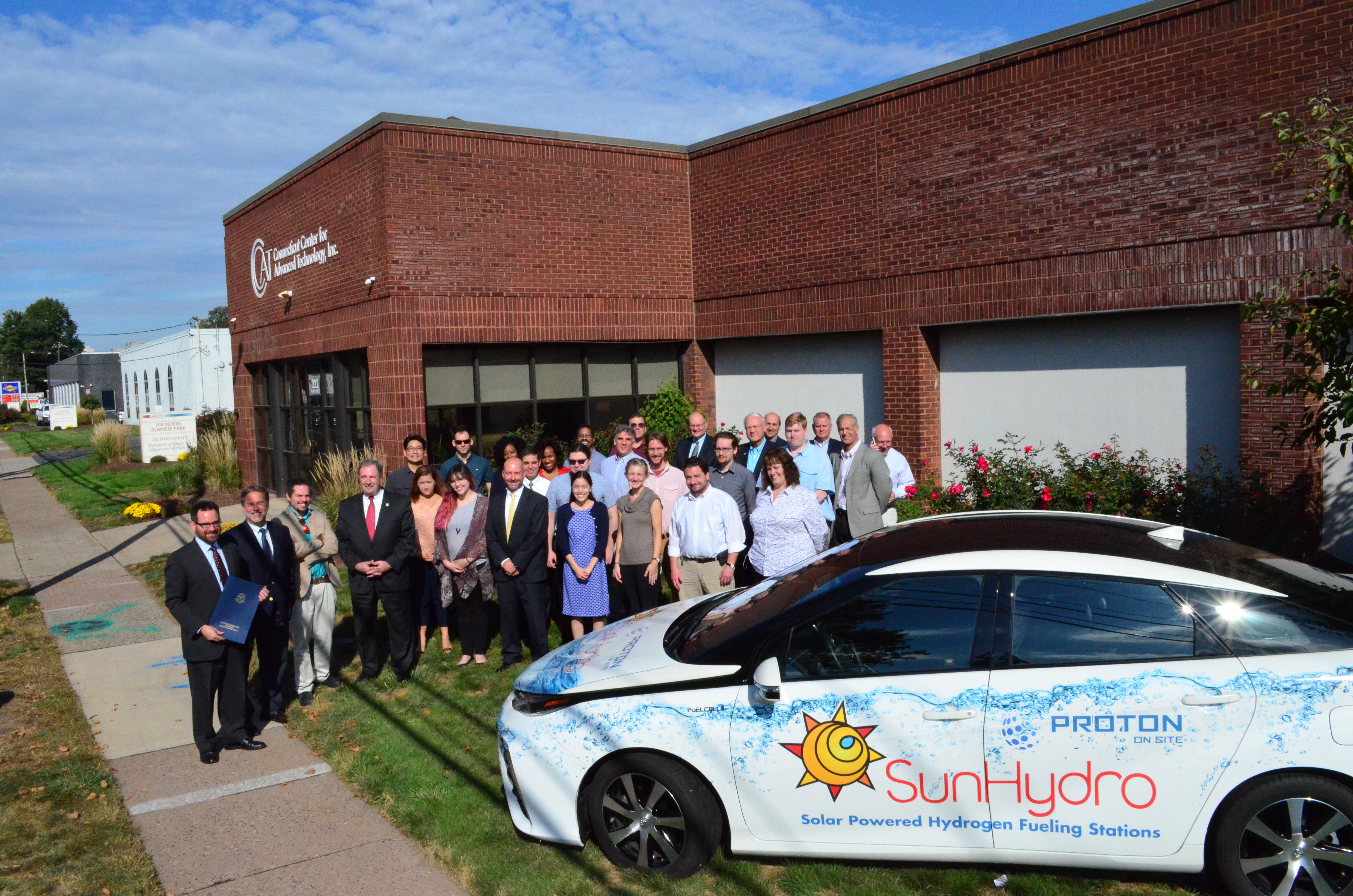 Proton participated in a ceremony  at the Connecticut Center for Advance Technology this morning, with the Commissioner of the Department of Energy and Environmental Protection (Rob Klee) reading a proclamation from Governor Malloy, declaring Sunday October 8th as National Hydrogen and Fuel Cell Day in Connecticut. We had Proton's Toyota Mirai there. 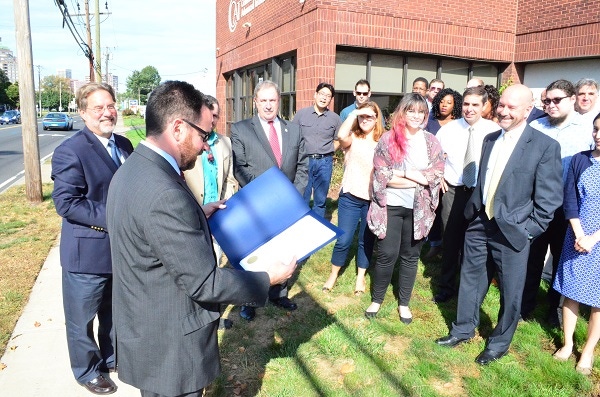 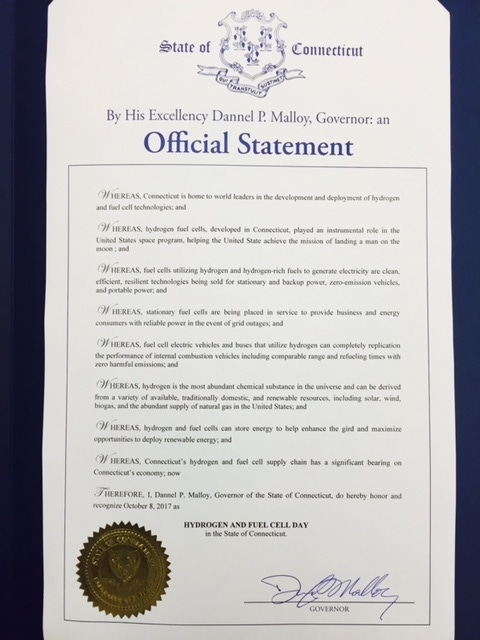 Whereas, Connecticut is home to world leaders in the development and deployment of hydrogen and fuel cell technologies; and

Whereas, hydrogen fuel cells, developed in Connecticut, played an instrumental role in the United States space program, helping the United State achieve the mission of landing a man on the moon; and

Whereas, fuel cells utilizing hydrogen and hydrogen-rich fuels to generate electricity are clean, efficient, resilient technologies being sold for stationary and backup power, zero-emission vehicles and portable power; and

Whereas, stationary fuel cells are being placed in service to provide business and energy consumers with reliable power in the event of grid outages; and

Whereas, fuel cell electric vehicles and buses that utilize hydrogen can completely replication the performance of internal combustion vehicles including comparable range and refueling times with zero harmful emissions; and

Whereas, hydrogen is the most abundant chemical substance in the universe and can be derived from a variety of available, traditionally domestic, and renewable resources, including solar, wind, biogas and the abundant supply of natural gas in the United States; and

Whereas, hydrogen and fuel cells can store energy to help enhance the grid and maximize opportunities to deploy renewable energy; and